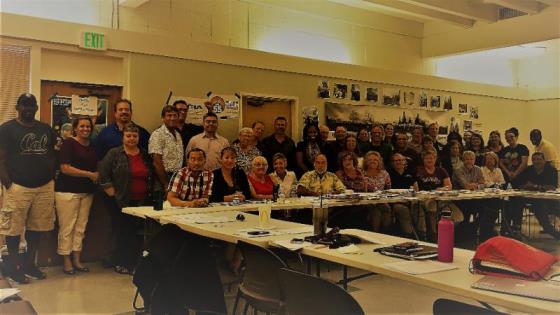 To put things into perspective, the new superintendent was offered a contract which makes him the highest paid superintendent in the area, with additional wage increases of 3.5% for each of the next four years.  Meanwhile the school board just approved an extremely lucrative contract with principals and other administrators.  The healthcare additions for SCUSD administrators alone is the equivalent of an 8% raise with an additional 3.1% salary increase and additional salary schedule improvements that have some admins getting the equivalent of  a 20% increase in total compensation.   This is all on top of the administrator compensation reported in the Bee article in March of 2017 shared in previous posts.

We support a competitive salary for our District’s superintendent and administrators.  They work hard.  But if our superintendent and administrators are going to be the highest paid in the area, shouldn’t educators be too?  Does anyone really think that Sac City would have 119 vacancies if our salaries were more competitive with San Juan and Elk Grove?

Toward that end, we were extremely disappointed when the District refused to respond to our proposal that would provide a minimum 4% increase effective July 1, 2016, while restructuring the current salary schedule to fix a number of inequities that make it harder to recruit and retain staff.  Our proposed salary schedule includes a 60 unit column as well as shortening the time to reach the top step from 26 to 20.  Full details of our salary schedule will be available later this week.  We also proposed salary increases of 3.5% effective July 1, 2017, and another 3.5% effective July 1, 2018-the same as the school board agreed to for our new superintendent.  The district also continues to reject our proposals on decreasing class sizes, creating a true system of early interventions for our students, increasing the number of nurses, school psychologist, etc. to national minimum standards, revamping special education, funding and training for restorative practices, professional learning, art and music for all students, and more supports our students deserve.

Needless to say, the bargaining process has been very frustrating.  We have been bargaining for eleven months, and have had more than 25 bargaining sessions.  The District is in the best financial position in its history and just reported in its Unaudited Actuals Report (which it is required by law to make public by September 15th each year) that it had another 4.77 million dollar surplus last school year adding to its already burgeoning surplus that has grown by over 400% in the last 4 years.  The school board has been willing to spend millions on administrators, while ignoring the crisis that our students experience every day by not having enough credentialed educators and professional support staff, in violation of its own LCAP Plan.  It’s time we stand up for our students.

Strike Votes.   Frustrated by the District’s inability to negotiate in good faith, or even willingness to continue to negotiate Friday night, the bargaining team unanimously approved moving ahead with strike votes. Voting will begin this week.

Fact-finding and Additional Bargaining.  The District concluded negotiations Friday night by proposing additional bargaining dates of September 26, 27, and 28.  We agreed to those dates, but also notified the District that we now wanted to convene the fact-finding hearing as soon as we secure can dates from the neutral third party.  If the hearing can’t be scheduled before September 26, then we will meet.  We also said we were willing to meet before then, but the District said it was not available.