On Wednesday evening, September 20, the first meeting of the Superintendent’s Graduation Task Force was held.

The keynote speaker was UC Santa Barbara Education professor Russell Rumberger, and author of Dropping Out, a strongly reviewed study of students

who drop out of high school recently published by Harvard University Press. According to Rumberger, two of the most cost efficient and effective tools: raising teacher salaries and lowering class sizes. 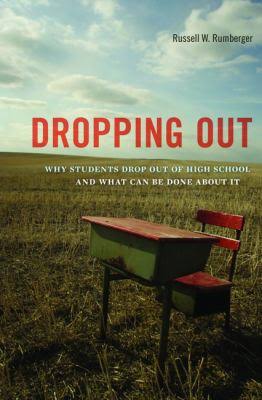 For SCTA President David Fisher, who has been appointed to the task force, it was a deja vu moment. “It is the same thing we’ve been trying to communicate to the District for the past twelve months we’ve been in bargaining,” Fisher noted. “Maybe hearing those common-sense suggestions from the District’s own outside keynote speaker will finally make it easier for the District to bargain in good faith when we’re in fact-finding.”

Following last Friday’s disappointing bargaining session, negotiations move to the formal fact-finding hearing on Monday, October 2nd. The hearing will be at the Serna Center. The start time has not yet been determined.

In the meantime, strike votes continue to be held throughout the District. With approximately twenty (20) schools having already voted, educators are approving a strike by an overwhelming 97.5%.

Let’s continue to show the District we’re strong and united!

At strike vote meetings we have been sharing copies of our proposed salary schedules. Our proposal includes:

We know Sac City is the Destination District for administrators.

Isn’t it time to be the Destination District for students and educators too?

Among the things we hear repeatedly from new educators (and some experienced ones too) is how useful many would find a basic, “classroom management” training.

Building off the success of the training we provided last spring, this fall SCTA will be offering three courses in classroom management. The three classes will build off each other, but can also be taken individually.

The dates for each class will be on the last Thursday of every month:
September 28th
October 26th
November 30th
All classes will be held at no cost from 4 p.m. to 7 p.m. at the SCTA office.

A light meal will be offered.

More information can be found here.

Purpose of the Program
The CTA Human Rights Awards Program was adopted by the CTA State Council of Education in October, 1984, and was further augmented to include eight new categories of awards in the ensuing years. The goal of the Awards Program is to promote the development of programs for the advancement and protection of human and civil rights within the Association.
Nomination Categories
Human Rights Awards are given annually to CTA Chapters, Service Center Councils, and Members in the following categories:

September 20: Graduation Task Force meeting! If you have any concerns you would like the task force to address, please email David Fisher.

September 25, 6-8 pm: Banned Book Week Panel at Sac City College, Room LR 105. SCTA member Amanda Turkie and Gayle Pitman, author of the picture books This Day in June and When You Look Out the Window: How Phyllis Lyon and Del Martin Built a Community, will be speaking. RSVP at poszp@scc.losrios.edu.

Sacramento State is set to host a week of events celebrating the educators, partners, and innovators who are working to make positive change in California schools.

The week, called “Celebrate Ed,” will take place on campus from Sept. 25 through Sept. 29. The week will include a lecture by Linda Darling-Hammond, a longtime educator and former advisor to Barack Obama’s presidential campaign whose research and policy work focuses on issues of educational equity, teaching quality, and school reform; and the finals of Reinvent Ed competition, an event organized by the College of Education encouraging the use of innovation and technology in the classroom.

The aim, says College of Education Dean Alexander Sidorkin, is to promote the importance of education in providing the human capital that fuels economic growth, as well as highlighting Sacramento State’s role as the institution that “teaches the teachers” who are enacting change and innovation the classroom.