SHARE
Will the Seven Elected School Board Members Listen?
One thousand SCTA educators, joined by parents, students (including the JFK Jazz band!), and community supporters, marched, chanted, picketed and rallied outside the Serna Center last night before going inside to attend the regularly scheduled school board. 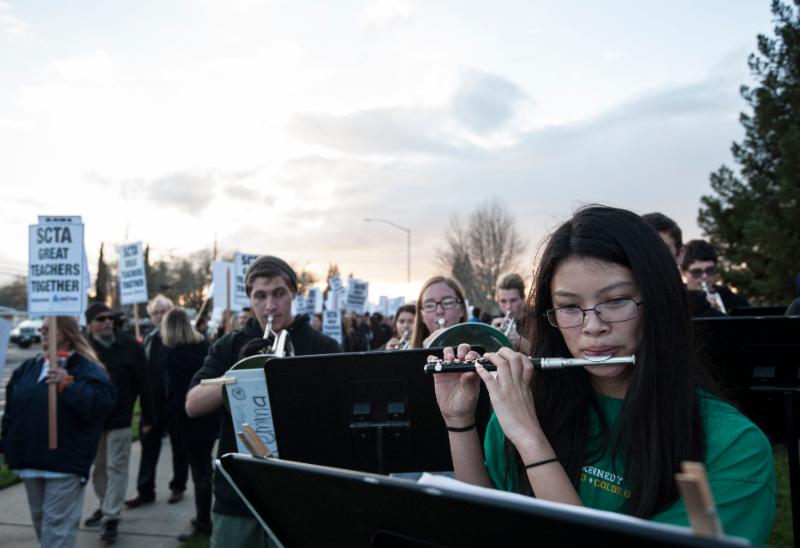 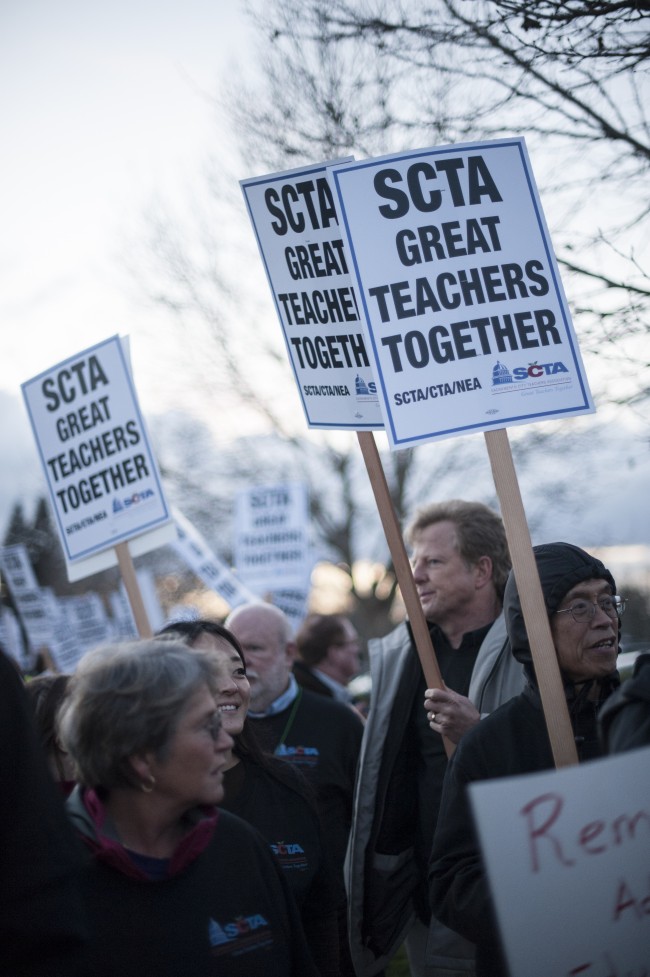 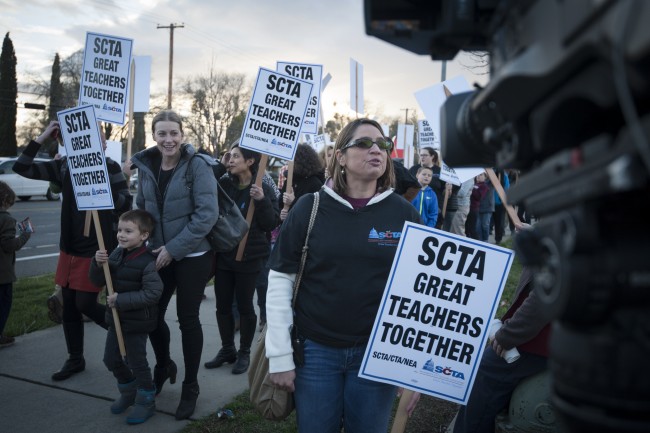 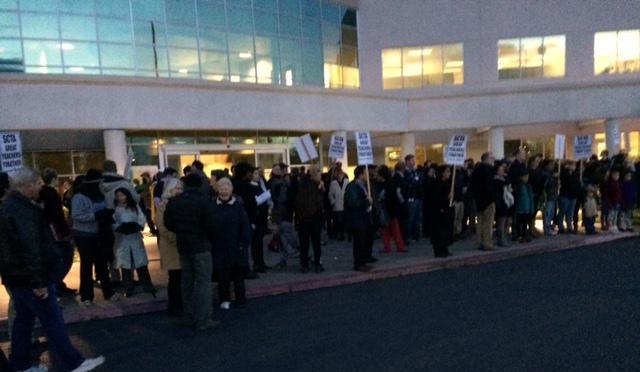 We were there to call attention to the escalating crisis regarding our District’s failure to address the growing shortage of teachers, primarily because our pay is on average 15 to 30% below neighboring districts. 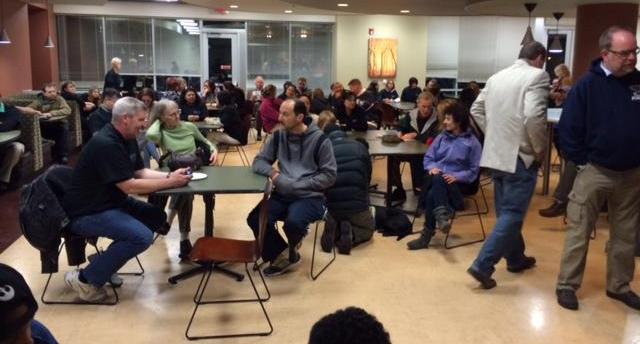 The large turnout generated a significant amount of media attention, with all major local networks (ABC, NBC, CBS, Fox, Univision and Telemundo) covering the event.  Even the Sacramento Bee had a relatively balanced story, which can be found by clicking here.

Interestingly, as the stories below make clear, the press seems to have a better understanding of the crisis, than the District leadership.

The KCRA 3 story can be found by clicking here.

The KXTV ABC 10 story can be found by clicking here.

The FOX 40 story can be found by clicking here.
SHARE